Many US gamblers don’t really know the difference between European blackjack and American blackjack. If you’re a keen online blackjack player, knowing these slight differences may really impact the amount of winnings you take

home after a gambling session at. The reason for this is that one version of the game presents players with more favourable odds. Play blackjack online at the best online casino USA.

So, read on down below and find out which version of this classic card game you should be playing at your favourite casinos. You’ll only make your blackjack game so much better if you. (Not to mention all the extra winning you stand in line to get in future if you do so too.)

It doesn’t matter whether you want to play European or American blackjack, these casinos have got it all there for you. So, sign up today, claim your bonus and begin weighing in on the argument of which is better. You know you want to!

Differences between American and European Blackjack

Quite honestly, there are a few differences between European and American blackjack. The first difference involves how players are dealt cards. In American blackjack, players will be dealt two cards immediately. Players will be able to see the value of one card only as the one will be face down. Dealers will be forced to check their cards instantly if they are dealt a face-up Ace. If the dealer has blackjack (a score of 21), the game ends immediately.

However, in European blackjack, the dealer only receives a second card after the player has completed their hand. This means that players potentially have a chance of losing more cash due to more opportunities to increase their bet.

The second major difference between the two versions of the popular card game is that American blackjack uses between six and eight decks whereas European blackjack only uses two.

There are a few more differences associated with the type of bets players are able to make in each version of the game. However, we will go further into those difference in the rule section down below. 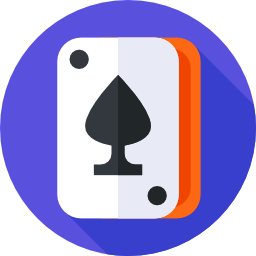 Below are some general strategies we recommend players follow while playing American blackjack:

European blackjack online games are really all pretty much standardized. When playing online, players can expect to follow the rules detailed down below:

Our strategy for European blackjack is largely similar to that of American blackjack except slightly more conservative. We tend to recommend that players stand on score one point lower than those described on for the scenarios above

Which Version of Blackjack Should You Play?

Well, we believe that American blackjack clearly presents a better deal for players. They are saved from making any extra unfortunate bets by the fact that the game ends if a dealer has got a hand of 21. It also presents better wagering options. That said, we do also love us a round of unpredictable European blackjack. So, it’s probably just best that you play what you feel in the mood to play.

Check out our blackjack guides: