Spanish blackjack (also known as Spanish 21 blackjack) is another derivative of the classic table game. Since being introduced within land-based casinos over twenty years ago, the game has grown to become a popular favorite within the gambling com

munity. Thus, it is no surprise that many avid online gamblers look to play the game on their preferred sites too.

These are the best US casinos to play Spanish blackjack online for real money:

Difference Between Spanish 21 and Blackjack

Spanish blackjack is just another variation of the classic card game. The game was first introduced in casinos around the world during the mid-90s. The only major difference in this version of the game is that 10s are removed to create a deck of 48 cards instead of 52. Some believe that this may increase the house edge (as 25% of 10s are missing. However, it is important to note that there are several other rules that improve player odds that we’ll get into a little bit later.

There are a couple of rules that negatively impact player odds in Spanish 21 blackjack. In fact, it almost doubles the house edge when compared to other versions of the card game. One such rule is the fact that dealers need to hit on a soft 17, whereas in other variations they stand. There are different rules and gameplay dynamics that make Spanish blackjack an extremely exciting game to play. However, the increased house edge is something you should keep in mind when deciding whether to play it or not, especially as the game is one of the most profitable blackjack variations available. 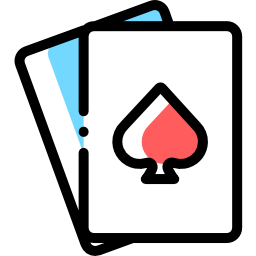 As already previously stated, the major difference between Spanish blackjack and other variations of the game is the lack of 10s. However, there are a few other slightly different rules that players need to take note of. These include the following:

There are loads of different strategies available for different hand variations. While our list is not complete, we have detailed some of the strategies you should take when playing Spanish blackjack:

If you’re unsure about the game, we do recommend that you learn how to play Spanish 21 blackjack through making use of a casino’s free play game mode.

Check out our blackjack guides: