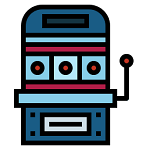 Slot machine games are probably the most exciting casino games available to play (they certainly are the most popular). United States players spin the reels hoping to see a number of select symbols match-up to create a winning combination that could pay out some absolutely massive prizes. Today, these games take the majority of land-based casino floor space and make the bulk of the games on offer at US casino sites. But, how exactly did this popular gambling game come into being?

Below we explore the history of slot machines with a specific focus on when the first game was invented and the overall development of games throughout the ages. We pay some special attention to how games have become the technologically advanced titles that we know today. So, read on and find out how the most popular gambling game has changed over the centuries and came to offer the experiences we know today. We also list some of the best US online gambling sites if you are keen to try some games right now.

All the technological developments throughout the history of slot machines has led to many of these games being available online. US players can now have a go at these games online if they would really like to do so.

German-born mechanic Charles Fey is credited with inventing the first slot machine game in San Francisco in 1898. He called the machine the Liberty Bell and it was somewhat of complex mechanical system that worked with a load of different reels and levers.

The first game only featured three reels, which is why many experts dub three-reel games as classic slots. As for its symbols, the game made use of playing card images and an illustration of a cracked Liberty Bell as the jackpot image. As is common in classic games available in land-based casinos, players were required to spin a giant lever located at the side of the machine to spin the reels.

With the original game, players stood a chance of winning 50 cents if all three Liberty Bells fell on to the game’s one payline. (This would be the equivalent of about US$30 in today’s money.) Needless to say, the game became pretty popular very quickly.

Slots Banned in The United States

By 1902, slot machine games were banned in many US states. Despite this though, slot games continued to be manufactured. However, instead of rewarding players with money for lucky wins, many awarded them with candy or gum. In fact, many games switched out the liberty bell jackpot symbol to gum, fruit or other candies. (This is also why slots are called fruit machines in the UK). Although the prize had changed, the game continued to be vastly popular with players around the United States. 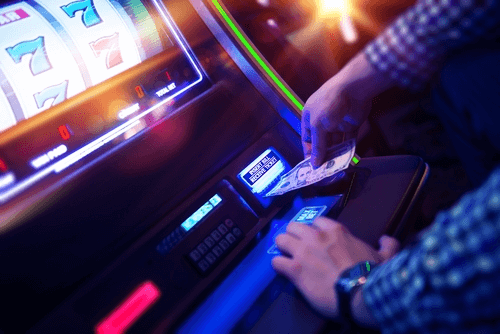 Traditional slot machines were mechanical devices, but by the 1960s technological advances had allowed the first electro-mechanical games to be created. As time went on, these games would late be replaced by electric games in the 1980s. These games were powered by microprocessors, which allowed players to make bigger bets for bigger payouts. Some of these are still available today, although not at all casinos as they are pretty easy to cheat.

Most modern-day slot games make use of a random number generator. This is a programme that automates random results by producing totally random results. Instead of needing to pull a lever, players push a simple button to trigger results. Many of these newer games also make use of interesting themes that allow for innovative symbols and payline structures to be designed.

The increased technological developments in the industry have also led to the creation of progressive jackpot games. Random number generators, the internet and more allow a network of slot machines across multiple casinos to be connected to one another. Progressive jackpots grow with each spin until one player is lucky enough to hit the winning combination. These games are some of the most popular in casinos as they have the potential to turn players into instant millionaires. (They are very difficult to win though.)

Nowadays, it is possible to play slot machine games online at casino sites. Online casinos started growing in popularity in the United States in the 1990s, and have been a huge deal ever since. So, many US players now choose to access their favorite slot games through casino sites. These games perform all the same functions a land-based casino slot game does and more. The only real difference is that gamblers are able to play online games from the comfort of their own home.

Slot machines continue to develop and change as time marches on. The first one-arm bandit may no longer be the choice game of slots enthusiasts, but players remember how it changed the history of the gambling industry forever.

Check out our slots guides: