Fantasy sports betting is a growing gambling phenomenon is the United States. Although the activity may not yet be as popular as regular sports betting, it does allow players to test their knowledge of the game in a more

practical way. Players who participate in fantasy leagues need to know how to draft a good team from players across famous sporting leagues. Those who are able to create successful teams win big real money prizes. Below we have a look at all you need to know about fantasy sports betting. This includes what it is, the bets you can make as well as top strategies to follow. We also list some of the best online casino real money with sports gambling options.

What is Fantasy Sports Betting?

Fantasy sports are games in which players create virtual teams based off professional athletes in real-life sporting leagues. Athletes are given a price tag and fantasy sports players get a team salary cap which they cannot exceed when building their team. Players then compete with their team against other players. The performance of your team is determined by the real-life performance of the corresponding athlete. Players earn points if a specific athlete does well, but lose points if he or she plays badly.

For example, if you’ve created a fantasy football team that includes Tom Brady, and he throws four touchdowns in the Patriots next game, you can be assured that he is going to earn a lot of points. However, if he commits a foul, throws interceptions or fumbles the ball, he will lose points.

With fantasy sports betting, players place wagers against other gamblers who have created fantasy league teams. Essentially, the player who creates the best team wins the bet. Bets can run season long or last a singular match week – it all depends on what was selected.

Ultimately, fantasy sports betting is a fun way to put your knowledge of a sport to the test and compete against your friends or people around the world while doing so. Especially, as there is now several fantasy leagues for the world’s most popular sports, including football, baseball, hockey, basketball and soccer.

How to Bet on Fantasy Sports

At the best fantasy sports betting sites, there are a couple of different bets available to avid sports fans. Some of the bets that have proven to be most popular with American gamblers include the following: 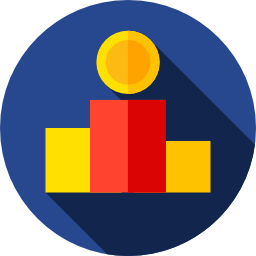 As there are so many different fantasy sports leagues, it will be kind of difficult to provide specialised strategies for each league. Thus, we have compiled a list of general fantasy sports betting tips and tricks every American player should keep in mind before placing a bet on any sort of league.

This really depends on the state you live in. Most states (as well as other countries around the world) consider competing in a fantasy league just to be another form of sports betting. This means that if sports betting is illegal in that particular state, there is a high chance that fantasy sports betting is too.

The nature of these games, although similar to gambling, was not fully covered under the federal Unlawful Internet Gambling Enforcement Act of 2006. The recent decision to make the legality of sports betting a state matter has also further complicated the issue.

Ultimately, we can tell you that there are a couple of states that have legalized fantasy sports betting. These include Missouri, New York, Tennessee, Indiana, Colorado, Mississippi, Virginia and Massachusetts.

There are also four states that have definitely banned the activity, and these are Washington, Iowa, Montana and Arizona. It is important to note that these lists may change in future due to the laws surrounding online gambling changing all the time.

Check out our other sports betting guides: