Get your betting slips ready and prepare for some exciting nail-biting action that is only possible with soccer in Realtime Gaming’s Football Frenzy slot game. Spin the reels as you try to score unbelievable goals and take home big real money prizes in this exciting game. Read on to find out more.

Football Frenzy is a five-reel slot game with four rows and 50 paylines published by Realtime Gaming. The title makes use of a strong soccer-theme. Players will either love or hate the game’s art style, which is quite similar to an early 2000s FIFA video game. Overall, if they do like it, they will find that the soundtrack helps in creating an exciting ambiance that is often only found when watching a soccer match involving two very competitive sides. 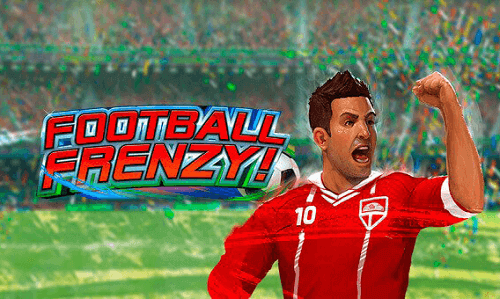 The game makes use of only theme-inspired symbols. Designs include soccer cleats, a beer mug, a trophy, a goalie, a striker, a pretty fan, a scarf, a whistle and a trophy, among others. The symbol featuring the striker acts as the game’s wild symbol, and is able to complete winning combinations. There is also a scatter in the game, which is the stadium symbol and can be used to multiply wins by 500x.

It is important to note that Football Frenzy can be played in two different modes: Striker and Lucky. The mode the player picks determines some of the bonus features available to them. Striker mode triples wins made with free spins. Lucky mode does not triple wins, but does give players the chance to win eight extra free spins at the end of each round.

Then, regardless of the mode, players have a chance to win up to 100 free spins when landing between three and five scatter symbols on the reels. The total number of spins you win is dependent on how many scatters you land concurrently.

Football Frenzy is a wonderful slot game that gives players the chance to win lots of free spins and big real money prizes. We really enjoyed playing it, which is why we have decided to award the game a four out of five stars rating.